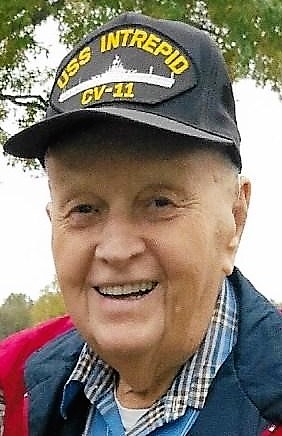 On April 7, 1950, he was united in marriage to Alice Marie Neill in Pleasant Hill

Louis was employed as a Chemical Blender for DuPont at the Lake City Army Ammunition Plant.  He was a Life Member of the Veteran’s of Foreign Wars Post #3118, Pleasant Hill. He had also been a Boy Scout Leader in Pleasant Hill.

Louis was preceded in death by his parents; his brother, Eugene McCarty; and one sister Eloise Bradley.

Visitation was held one hour prior to the service at the funeral home on Thursday.

Memorial contributions are suggested to the V.F.W. Service Officers fund and may be sent in care of the funeral home.

To order memorial trees or send flowers to the family in memory of Louis McCarty, please visit our flower store.