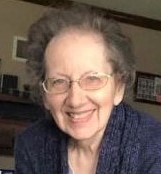 Marilyn Kay Baker, 80, of Lee’s Summit, Missouri, was born, January 1, 1941, in Hannibal, Missouri, the daughter of Chester B. and Anna Mae (Langford) Wilson.  She departed this life, as a result of Lewy Body Dementia, Thursday, September 23, 2021, at the Pleasant Hill Health and Rehabilitation Center, where her husband, Mike and daughter, Heather were by her side.

Marilyn was a 1959 Hannibal High School graduate.  Following graduation, she was employed for the City of Hannibal in the water department.  She later worked for the Sunbeam Corporation in Forest Park, Illinois.  Her greatest job was in-home childcare for many years.

On October 25, 1969, she was united in marriage to David Michael Baker at the Southside Christian Church in Hannibal.  On July 16, 1975, they welcomed one daughter, Heather Michelle Baker.

She loved the Lord with all her heart and was an active member of the Summit Church (formerly known as the Lee’s Summit Methodist Church) where she enjoyed teaching Bible School for many years.  She had also been very active in the Campfire Girls and was an avid supporter of Boy Scout Troop #323 in Lee’s Summit and received a district award of the Silver Oak Leaf.    She enjoyed decorating for Halloween (it was her favorite holiday), Sunday drives, ice cream, listening to 50’s & 60’s music, and her cats.

Marilyn was preceded in death by her parents; she is survived by her husband, Mike of the home; her daughter and son-in-law, Heather and Troy Thackeray of Pleasant Hill, Missouri; two step grandsons, Troy John Thackeray of Raytown, Missouri, and Joey Thackeray of Shawnee Mission, Kansas; her special honorary granddaughter, Madison McDaniel of Pleasant Hill; other relatives and friends.

Visitation was held and root beer floats were served Tuesday, September 28, 2021, at the funeral home prior to the service.

Memorial contributions are suggested to the Lewy Body Society or Diva Pets Cat Rescue and may be sent in care of the funeral home.

To order memorial trees or send flowers to the family in memory of Marilyn Kay Baker, please visit our flower store.