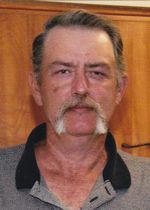 Mark Stanley McGlothlin, 48, of Pleasant Hill, Missouri, was born Monday, February 5, 1962 in Kansas City, Missouri, the son of Stanley and Berniece (Taylor) McGlothlin. He departed this life at 2:40 p.m. on Friday, February 12, 2010 at his home surrounded by his family and friends.

On August 25, 1984, Mark was united in marriage to Kelly Rae Thomas in Raytown, Missouri.

He was a Concrete Truck Driver for the Century/Ash Grove Concrete Company in Lee's Summit and was an active member of Kellogg Baptist Church in Pleasant Hill.

Mark loved to bowl earning a 300 point ring in league play. He was a fiddle player at heart and had a passion to play and listen to Blue Grass music. In his spare time he tied flies and made fishing lures and was an avid outdoorsman.

Most importantly he loved his family and although gravely ill fought to stay alive the last few weeks so that he could see and hold his first born grandchild Wyatt Cole Springer who was born just days before his death.

Memorial contributions are suggested to the Kellogg Baptist Church.

Please click here to view the video tribute
To order memorial trees or send flowers to the family in memory of Mark McGlothlin, please visit our flower store.