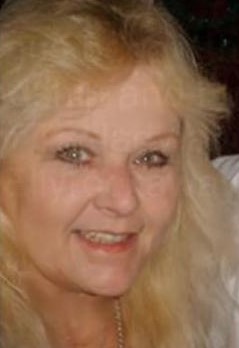 Martha Ellen “Elly” Combs, 69, of Harrisonville, formerly of Pleasant Hill and Rockaway Beach, was born, July 8, 1951, in Pleasant Hill, the daughter of James W. and Betty (Gustin) Land.  She departed this life, Wednesday, September 16, 2020, at the Kansas City Hospice House.

Elly was first employed as a secretary for the Blue Ridge Bank and Trust Co., Kansas City.  After moving to Rockaway Beach she worked as a secretary for Attorney Mike Lyons and later as a case worker for the Department of Family Services.  She enjoyed listening and playing music; especially the piano, fishing and swimming in the creeks near her home, and watching the Kansas City Chiefs.  She most loved spending time with her family.  It didn’t matter what she was doing or wherever she was, so long as it involved her family being together, especially the children spending time with one another.

Elly was preceded in death by her parents; her brother James Douglass Land; and her daughter, Billie Jean Fleener.

She is survived by two sons, David Jared Combs of Ravenwood, Missouri, and Darren Gene Combs of Clinton, Missouri; her son-in-law, Brian Edwards of Pleasant Hill; four grandchildren, Damien Grant and Kaylee Rantz, both of Branson,  and Brittany McManus and James McManus, both of Kansas City; two great-grandchildren, Kennedy McManus and Bentleigh Skibicki; other relatives and friends.

A celebration of Elly’s life was held Saturday, September 26, 2020, at the funeral home.  Reverend D. Kent Deubner officiated.  Inurnment will be in the Pleasant Hill Cemetery at a later date.

To order memorial trees or send flowers to the family in memory of Martha Combs, please visit our flower store.