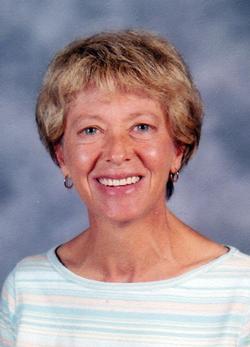 MaryBeth Huitt, 61, of Pleasant Hill, was born, December 8, 1953, in Kansas City, Missouri, the daughter of Vincent and Michalena "Mickey" (Barbieri) Como. She departed this life at 11:15 a.m. on Sunday, March 15, 2015, at the Villa St. Francis Assisted Living Center, Olathe, Kansas.

MaryBeth was a 1972 St. Theresa's Catholic School graduate. On September 5, 1981, she was united in marriage to Lance David Huitt in Eagleville, Missouri.

She had been employed as a School Nurse for the Pleasant Hill R-3 School District for 17 years before ill health led to her early retirement. Prior to the school she had been employed as an Ob-Gyn nurse for Mid-America Women's Health Care in Kansas City. She enjoyed cross stitch and loved swimming. She was Italian and was famous for her spaghetti and meatballs.

MaryBeth was preceded in death by her parents.

She is survived by her husband Lance of the home; two sons, Austin (and Sarah) Huitt, and Logan (and Becky) Huitt, all of Pleasant Hill; four grandchildren, Gaige Huitt, Paislee Huitt, Caroline Huitt, and Berklee Huitt, all of Pleasant Hill; three brothers, Leonard (and Pat) Como of Kansas City, Vincent (and Annette) Como of Raymore, and Vito (and Barbara) Como of Lee's Summit; one sister Ursula (and Dave) Riker of Oak Grove; other relatives; and many friends.

Memorial contributions are suggested to the American Alzheimer's Association and may be sent in care of the funeral home.

To order memorial trees or send flowers to the family in memory of MaryBeth Huitt, please visit our flower store.