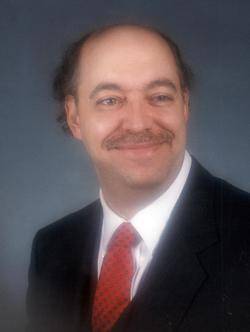 Michael Keith Jones, 63, of Harrisonville, formerly of Independence, was born April 7, 1952, in Kansas City, the son of Keith and Modena (Reece) Jones. He departed this life, Friday, February 26, 2016, at the Pleasant Hill Health and Rehabilitation Center.

Mike was employed as Highway Designer for the Missouri Department of Transportation. He was an avid reader and loved watching movies. He was an Eagle Scout and a Warrior in the Tribe of Mic-O-Say. He was a member of the Trinity Presbyterian Church.

In his life, Mike was an icon for persistence. He overcame health related hardship, choosing to contribute, rather than have people support him. Working for MODOT, with his one good arm, he had a lasting impression on Cass County, where his work included the curves north of Pleasant Hill on Highway 7, and the roundabouts in Belton on 58.

He was a kind and gentle man who loved God, his family and friends. His laughter and sense of humor were infectious and carried him his whole life.

Mike was preceded in death by his parents and his infant twin brother. He is survived by his sister and brother-in-law Barbara and Bob White of Pleasant Hill; other relatives and friends.

Visitation was held Tuesday, March 1, 2016, at the funeral home.

Funeral services were held Wednesday, March 2, at the funeral home. Interment was in the Pleasant Hill Cemetery.

Memorial contributions are suggested to Leader Dogs for the Blind and may be sent in care of the funeral home.

To order memorial trees or send flowers to the family in memory of Michael Jones, please visit our flower store.