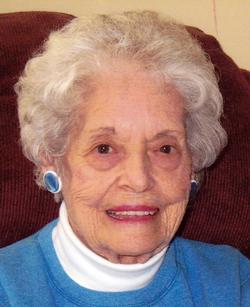 Mina was a 1938 graduate of Coffeyville High School in Coffeyville, Kansas. Mina was a homemaker. She enjoyed crocheting, arranging flowers, making candy and spending time with her family. She was a member of the Pleasant Hill United Methodist Church.

On September 26, 1947, she was united in marriage to Robert C. Moore in Kansas City. He preceded her in death on June 20, 1983. Mina was also preceded in death by her parents and one brother Leon Niswonger.

Memorial contributions are suggested to Serenity Hospice of Harrisonville and may be sent in care of the funeral home.

To order memorial trees or send flowers to the family in memory of Mina Moore, please visit our flower store.