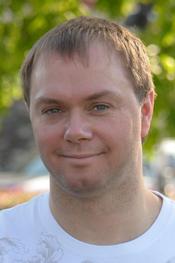 Noel Kirsten Blevens, 38, of Pleasant Hill, Missouri, was born Monday, May 20, 1974 in Anchorage, Alaska, the son of Freddy DeWayne and Patricia Marlene (Anderson) Blevens. He departed this life Thursday, October 11, 2012.

On October 9, 2012, he was united in marriage to Michele Kristie Thiry in Peculiar, Missouri.

Noel was a 1993 Prairie Home, Missouri, High School graduate. He earned a bachelor's degree from Central Missouri State University and was currently working on his doctorate through the University of Phoenix. He was employed as an Information Management Specialist for the Kansas City University of Medicine and Bio Sciences. He had also worked as the Information Management Specialist for the Pleasant Hill R-3 school district.

Noel was an amazing father, beloved husband, devoted son, supportive brother, and overall caring person to anyone who touched his life.

He was preceded in death by his father and one daughter DeLanie Blevens.

Memorial contributions are suggested to "Score 1 for Health" and may be sent in care of the funeral home.

To order memorial trees or send flowers to the family in memory of Noel Blevens, please visit our flower store.