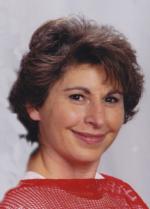 
Pamela Joy Walker, 46, of Kingsville, Missouri, was born Wednesday, September 9, 1964 in Jefferson City, Missouri, the daughter of Ralph William and Patsy Gail (Schuler) Saylor. She departed this life Wednesday, January 5, 2011 at her home, surrounded by family and friends.

On October 24, 1998, Pamela was united in marriage to Gene Wilbur Walker at the James A. Reed Wildlife Area near Lee's Summit, Missouri.

She was a 2003 graduate of Baker University. She and Gene loved to travel, and had visited a majority of the continental United States; she especially loved to stay at Bed & Breakfasts.

Pamela had been an accountant for Payless Cashways; later working for the Fike Corporation in Blue Springs. She was a member of the Pleasant Hill Jehovah's Witnesses Kingdom Hall.

She is survived by her husband Gene of the home; two step-sons; Gene Arnold and Gabe Arnold both of Independence; four grandchildren Malia, Izaiha, Christian, and Elijah; her parents Ralph and Pat Saylor of Booneville; one brother David Saylor and his wife Maria of Boonville; one sister Cris Saylor of North Kansas City; other relatives and many friends.

Cremation has been accorded. A memorial visitation was held on Saturday, January 8, 2011, at the Stanley-Dickey Funeral Home.

Please click here to view the video tribute
To order memorial trees or send flowers to the family in memory of Pamela Walker, please visit our flower store.