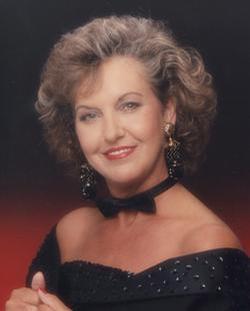 Patsy (Pat) Sherrell, of Joplin, Missouri was born April 23, 1944 in Salem, Arkansas the daughter of George and Lottie (Mooney) Hatman. She departed this life on Sunday, March 20, 2016 surrounded by her loving family at the age of 71 years, 10 months and 26 days.

On December 15, 1967, she was united in marriage to Donnie Sherrell in Salem, Arkansas.

Pat was a homemaker and a wonderful mother who loved her children and grandchildren dearly. She worked for Dollar General in Joplin for several years and retired due to her health.

Besides her parents, she was preceded in death by two brothers, Cleo and Russell Hatman; two sisters, Retha Frisby and Wanda Moss.

Funeral services were held Saturday, March 26, 2016 at the First Baptist Church, Salem, Arkansas with burial in the Salem Cemetery.

Family suggests memorial contributions may be made to the American Cancer Society or the American Humane Society.

Funeral arrangements are under the direction of the Dickey Funeral Home, Harrisonville, Missouri.

To order memorial trees or send flowers to the family in memory of Patsy Sherrell, please visit our flower store.