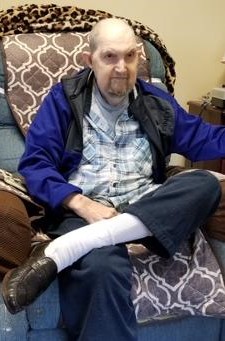 Richard Gene Fuller, 86, of Strasburg, was born, August 8, 1934, in St. Clair, Missouri, the son of Laurel Wayne and Fannie M. (Griffin) Fuller.  He departed this life, Friday, November 13, 2020, at the Crown Care Center in Harrisonville.

Richard attended school in St. Clair and moved to the Kansas City area in the mid 1950’s to attend an auto body repair trade school.

He was employed as an Auto Body Repairman for the Kansas City Water department retiring on July 31, 1991.  He enjoyed putting together model cars, watching television; especially old westerns, and dining out.

Per Richards wishes cremation has been accorded.  No services are scheduled.  Inurnment will be in the Rice Cemetery, Raytown, Missouri, at a later date.

To order memorial trees or send flowers to the family in memory of Richard Fuller, please visit our flower store.