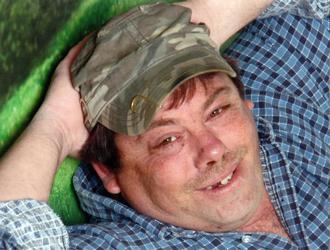 Robert Paul "Robbie" Ellifrits, 48, of Kingsville, was born, December 11, 1967 in Jacksonville, North Carolina. He went to be with the Lord, Wednesday, January 6, 2016, at the Research Medical Center, Kansas City.

Robbie was employed in various capacities including, lawn care, landscaping, fruit markets, woodcutting and selling, and food service. His hobbies included, collecting new and old unique items, traveling, and sightseeing. He especially loved spending time with family and reminiscing about days gone by.

Robbie was an organ donor and would be proud to know that his eyes have been donated so that somebody else may see the beautiful world he has seen.

Rob was preceded in death by his mother, Dorothy Jean "Jeannie" (Rhea) Ellifrits; his uncle Dennis Schmidt as well as several other aunts, uncles, and cousins.

He is survived by his daughter, Jessica (and Ray) Burhart of Olathe; one son, Robert P. Ellifrits, II; one grandson, Sam; one granddaughter, Aleah; father Billy Ray (and Marcella) Ellifrits of Pleasant Hill; one step-brother, Tom (and Kristi) Meads of Holden; three step-sisters, Janet (and Jerry) Hargrave of Liberty, Tammy (and Larry) Beavers of Holden, and Mickey (and Devin) Collins of Pleasant Hill; grandmother Anna Barker of Pleasant Hill; uncle, Rod (and Maureen) Schmidt of Butler; aunt, Lorene Ellifrits of Kansas City; 6 nephews; 2 nieces; other family and friends, including Glen Reed of Kingsville and Antonya Cupani.

A memorial service was held Saturday, January 16, 2016, at the funeral home. Mr. Dennis Pittman officiated. Inurnment will be in the Strasburg Cemetery at a later date.

Memorial contributions are suggested to the Research Hospital Cancer Center.

To order memorial trees or send flowers to the family in memory of Robert Ellifrits, please visit our flower store.