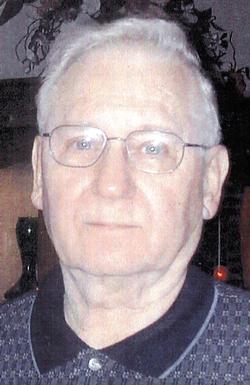 He was a United States Air Force Korean War Veteran.

On September 15, 1961, he was united in marriage to Mildred Ailene McMillan Grady in Miami, Oklahoma. She preceded him in death on January 9, 2013.

Robert was employed as a Radio Mechanic for T.W.A. for 35 years retiring in 1991. Prior to his time in the service he was a Radio Disc Jockey in Kennet, Missouri. He was a member of the Northland Cathedral Assembly of God Church. He was also a member of the American Legion and a proud U.A.W. Union member. He was an avid bowler, bowling in three leagues until just a few months ago.

He is survived by one daughter Sheryl (and Rick) Lavelock of Pleasant Hill, Missouri; three step-daughters, Marceleen (and Robert) Haralson of Stockton, Missouri, Dona (and Russell Jr.) Jones of Platte Woods, Missouri, and Deborah Lieurance of Gladstone, Missouri; one sister, Martha Clark of Kansas City; nine grandchildren, 6 great grandchildren; other relatives; and many friends.

Funeral services will be held 2:00 p.m. Wednesday, April 9, 2014, at the funeral home, where visitation will be held one hour prior to the service.

Memorial contributions are suggested to Serenity Hospice and may be sent in care of the funeral home.

To order memorial trees or send flowers to the family in memory of Robert Gilliland, please visit our flower store.