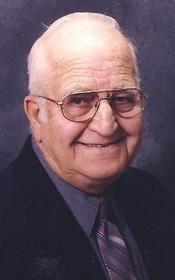 Robert Joe Hicks, 78, of Harrisonville, Missouri, was born February 4, 1933 in Mt. Grove, Missouri the son of Ernest Gerald and Helen (McIntosh) Hicks. When Robert was 3, his mother passed away and he was raised by his step-mother, Faye Ethel Hicks. He departed this life Thursday, June 2, 2011 at his home in Harrisonville.

On July 22, 1956, Robert was united in marriage to Lola Ann Hale in Pleasant Hill, Missouri.

Robert was a full time farmer along with being employed at the General Motor Leed's Plant, later at the Garden City Elevators and then for the Cass County Road and Bridge Department from where he retired. He was a member of the United Methodist Church, Harrisonville and was an Army veteran of the Korean War. Robert enjoyed fishing, watching his grandchildren, but his greatest love was to travel with his wife, Lola. He and Lola had traveled to all 50 states and into Mexico and Canada. Robert had lived in Garden City, Missouri before moving to Harrisonville.

Besides his parents and step-mother, he was preceded in death a sister, Wanda Jean Roberts.

Family suggests memorial contributions may be made to the American Cancer Society.

To order memorial trees or send flowers to the family in memory of Robert Hicks, please visit our flower store.