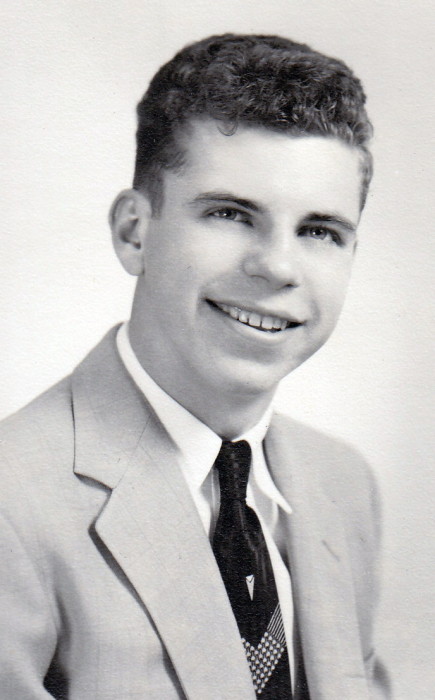 On February 23, 1957, he was united in marriage to Phyllis Jean Reid, at the old Episcopal Church in Pleasant Hill.  She survives.

He was preceded in death by his sister, Judy Hook.

Bob was a gifted auto body repairman. He owned and operated Hook’s Auto Body Shop in Pleasant Hill for several years.  He has also been employed at Western Electric, Dale’s Used Car Lot, and O’Reilly’s.  He was meticulous in all his work. He was an avid golfer and had met both Tom Watson and Arnold Palmer while golfing.  He also enjoyed racing and met Paul Newman and Tom cruise while at the Indy 500.  He loved to travel, go to car shows and he was a great story teller.

Memorial contributions are suggested to First Presbyterian Church and may be sent in care of the funeral home.

To order memorial trees or send flowers to the family in memory of Robert Hook, Jr., please visit our flower store.