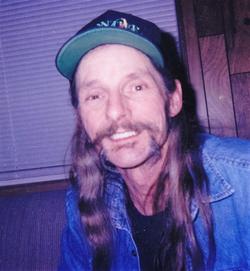 Robert C. "Bob" Nidiffer, 62, of Kansas City, Missouri, was born, January 29, 1954, in Elizabethton, Tennessee, the son of James R. and Barbara A. (Dierker) Nidiffer. He departed this life on Thursday, September 8, 2016, at his home surrounded with love and family. Bob was a proud United States Navy veteran.

Bob, better known to his friends and family as "Tennessee Bob, the man, the myth, the legend", owned and operated his own painting company, BN Pro Painting in Kansas City, Missouri. He enjoyed playing guitar in a band, fishing, hunting, and was a motorcycle enthusiast. The most important thing to him was his family.

Bob was preceded in death by his father James Robert Nidiffer and his mother Barbara Ann (Dierker) Carlson.

He is survived by his wife Nancy of the home; two sons, Matt Brown of Garland, Texas and Bobby Nidiffer of Kansas City, Missouri; three daughters, Colleen M. Speers, of Raymore, Missouri, Jacque (and Robert) Long of Pleasant Hill, Missouri, and Sara (and Gash) Caudill of Kansas City, Missouri; 11 grandchildren; 1 great-grandchild; three sisters, Nicki (and Jeff) Janusik of Lone Jack, Janet (and Bud) Gholson of Houston, Texas, and Sarah (and Ray) Whitehead, of Elizabethton, Tennessee; other relatives and friends.

Memorial contributions are suggested to the Lone Jack Cemetery and may be sent in care of the funeral home.

To order memorial trees or send flowers to the family in memory of Robert Nidiffer, please visit our flower store.