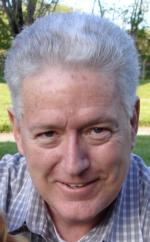 On June 6, 1969, Rodger was united in marriage to Cathey Marie Kitley in Lake Lotawana, Missouri. She preceded him in death in January 2000.

Rodger was employed as a Data Base Manager for AT&T and IBM. He was an active member of the Strasburg Baptist Church.

He was also preceded in death by his father.

Memorial contributions are suggested to Great Commission Ministries and may be sent in care of the funeral home.

To order memorial trees or send flowers to the family in memory of Roger Gillihan, please visit our flower store.