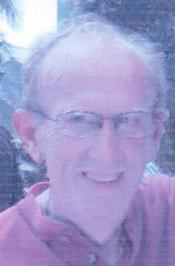 He was a 1958 graduate of the Pleasant Hill High School.

Ron was a well known car and RV Sales manager in the Kansas City area and later in the Odessa, Texas area. His work led him to Odessa where he had lived for the past 20 years.

Besides his parents, he was preceded in death by two infant children Jeffrey Lynn and Melinda Jo; his sister Darlene Burris and one brother Donald Foote.

He is survived by his son Sean Foote and his fiancAC.e Sudha Dhandapani of Redwood City, California; one grandson Jonathan Blue and his wife Lisa of Olathe, Kansas; one sister Charlene Kessler and her husband James of Northfield, Minnesota; one brother Robert "Bob" Foote and his wife Sue of Pleasant Hill; two special and dear friends Dick Burke of La Feria, Texas and JoAnn Gillum of Odessa, Texas; several nieces and nephews; other relatives and friends.

The family would like to thank Dr. Satish Mocherla, his staff, and the staff of Medical Center Hospital of Odessa, TX for their compassionate care during Mr. Foote's illness.

In lieu of flowers, the family requests that you make loans to needy families through Kiva at www.kiva.org.

To order memorial trees or send flowers to the family in memory of Ronald Foote, please visit our flower store.