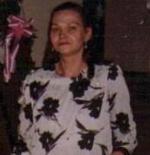 As a young girl Rose lived in Kansas City and following graduation she worked as a model for the Betty Bonne Modeling Agency. Later, after her marriage to Elamon Barber, she became a homemaker.

Besides her parents, she was preceded in death by her husband Elomon ; two sons Joseph Barber and Jonathan Barber; one brother Cyrus Holker; and one sister Iris Gann.

Please click here to view the video tribute
To order memorial trees or send flowers to the family in memory of Rose Barber, please visit our flower store.