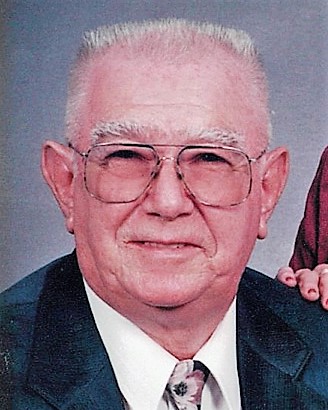 Ross attended Pleasant Hill High School graduating early as to enlist in the United States Army.  He proudly served our country during the Korean War.

On April 14, 1951, he was united in marriage to Juanita Ferne Stubbs in Pleasant Hill.

Ross was first employed as a tool and die setter for the Vendo Company in Kansas City for over 23 years.  He later worked building maintenance for Ball’s Price Chopper thirteen stores in Kansas City.  He was a member of the Raytown First Baptist Church and the Veteran’s of Foreign Wars Post #3118, Pleasant Hill. He had also been very active with the Boy Scout Troop #269, Raytown.

Ross was preceded in death by his parents; two brothers, Harry Sechrest and Gary Sechrest; and one sister Arlene Cline.

Cremation has been accorded.  Memorial services will be held at a later date.  Inurnment will be in the Strasburg Cemetery.

To order memorial trees or send flowers to the family in memory of Ross Sechrest, please visit our flower store.