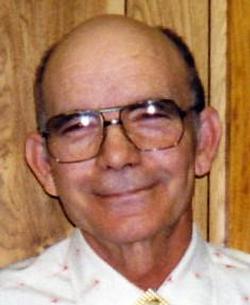 Roy Glenn Kauffman, 73, of Appleton City, formerly of Pleasant Hill, was born July 22, 1942, in Southwest City, Missouri, the son of Glenn William and Sarah Bell (Wolfe) Kauffman. He departed this life Friday, December 4, 2015, as a result of injuries sustained in an automobile accident.

He earned a degree from the JETMA Mechanic School in Jet Engine repair. He went to work as a mechanic in heavy construction and was a proud Union Local #101 Operating Engineer. He also served as an Interim Lay Pastor for several churches including the Union Baptist Church in Decaturville.

The Lord graciously placed Roy in a home that taught him how to love others through Christ and gave him many wonderful talents. As a small boy he learned when you kicked a sack when you didn't know what was in it, the sack would fill the house with the scent of polecats and peeing on a car could make so you wouldn't sit down for a while. When Roy was a little older he learned that releasing a hornet in church was not the brightest idea for the preacher's son--also that his mother's crutch could reach you when she couldn't. He taught his brothers not to tease a little boy who can throw rocks. But more important, he learned to love the Lord Jesus Christ and live for him so well that he passed that gift to his children. He found a beautiful little girl that was older than him that he captured by fight over a fly swatter and married her five weeks later so she wouldn't get away. They traveled everywhere with his coffee pot and tool box never staying anywhere long; he always had somewhere to go and something to fix with Louise and coffee to keep him going. The Lord gave him the ability to sing like the angels and charm the meanest man or woman into being his friend. His smile was just Ornery!! That twinkled in his eyes. When he started something he finished it. If a job was worth doing you do it to the best of your ability. He gave 8 hours work for 8 hours pay. He loved his Heavenly Father who taught him to love his family. His wife came first and then his children, but before all of them first came the Lord. And now the Lord doesn't have to wait for Daddy to wake for their talks--he's got him all the time now. We thank the Lord he gave us Roy Kauffman for a Daddy, Husband, Brother and Friend on this earth for just this little while and we will get to meet again soon.

Roy was also preceded in death by his father; one great grandson Jordan; and one brother Rex Kauffman.

A celebration of Roy's life was held Saturday, December 12, 2015, at the Linn Creek Baptist Church, Camdenton, with interment of ashes the Hunter Memorial Gardens Cemetery, with full military honors by the Missouri State Funeral Honors Team.

Memorial contributions are suggested to New Tribe Ministries and may be sent in care of the funeral home.

To order memorial trees or send flowers to the family in memory of Roy Kauffman, please visit our flower store.