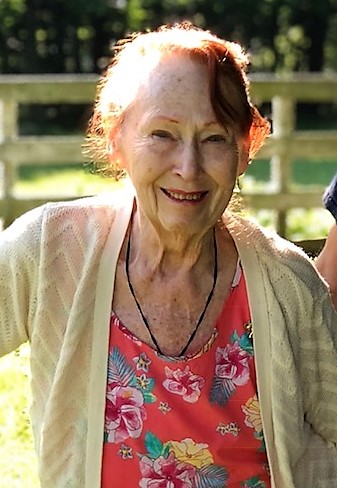 Ruth Alice Adkins, 80, of Kingsville, Missouri, was born, January 4, 1938, in Kansas City, Missouri, the daughter of Orville L. Holker and Mildred A. (Anderson) Holker-Fowler.  She departed this life Thursday, September 6, 2018, as a result of injuries sustained in an automobile accident.

Ruth was also preceded in death by her parents and one brother, Cyrus “Butch” Holker; two sisters, Rose A. Barber and Iris Gann.

She is survived by one son Chester A. (and Connie) Adkins of Hartville, Missouri; one daughter, Susan May Pebbles of Fresno, California; three brothers, Mark (and LeAnn) Fowler of Olathe, Kansas, Roger Holker of Kansas City, Missouri, and James Holker of Springfield, Missouri ; three sisters, Diana (and Andy) Gill of Blue Springs, Missouri, June Hudnall of Overland Park, Kansas, and Cheri Rounkles of Riverside, Missouri; 10 grandchildren; 4 great grandchildren; other relatives and friends.

Ruth was employed as a cashier for Venture, Robert Hall’s, Cat’s and Jammers, and Long John Silver’s as well as an Avon saleswoman for over 20 years. Ruth enjoyed going to the Gym, especially the YMCA, going out to eat, and to talk and visit with family.  She was a member of the New Liberty Baptist Church, Oak Grove and also enjoyed visiting Unity Village.

A memorial service was held Saturday, September 15, 2018, at the funeral home.  Reverend Bob Gross officiated. Inurnment will be in the Purdee Chapel Cemetery, Oak Grove at a later date.

Memorial contributions are suggested to the New Liberty Baptist Church and may be sent in care of the funeral home.

To order memorial trees or send flowers to the family in memory of Ruth Adkins, please visit our flower store.