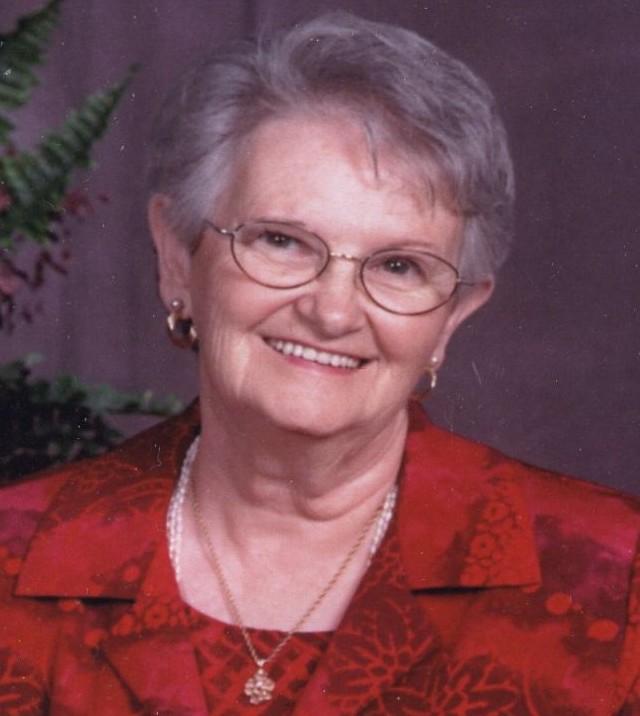 Ruth Ann Green, 89, of Independence, Missouri, was born, January 21, 1933, in Cooperton, Oklahoma, the daughter of August A. and Juanita P. (Stephens) Hill.  She departed this life, Tuesday, October 25, 2022, at The Baptist Home of Independence surrounded with love and family.

Ruth Ann was a homemaker and missionary. She and James served as missionaries in Kenya, Africa for twelve years, St. Vincent in the Caribbean for two years, and Home Missions in Rockport, Texas.  They also pastored several churches in Oklahoma and Missouri.  She was a member of the New Life Baptist Church in Newalla, Oklahoma and the International Mission Board.  She enjoyed sewing, crocheting, and painting.

Ruth Ann was preceded in death by her parents; one son, Phillip Green; and one brother, Kenneth Hill.

She is survived by two daughters and sons-in-law, Jamie and Ron Cherry of Pleasant Hill, Missouri, and Janita and Billie Young of McLoud, Oklahoma; five grandchildren, Alicia (and Collin) Williams of Lee’s Summit, Missouri, Eric Green of Arkansas, Tommy (and Holly) Cherry of Milliken, Colorado, Sara York (and Lonnie Moody) of Elgin, Oklahoma, and Rob (and Brooke) Young of McLoud, Oklahoma; twenty great grandchildren; four great-great grandchildren; one brother, Michael A. Hill of Rockport, Texas; other relatives and friends.

Online condolences may be sent to the family at www.StanleyEdenburn.com when that information becomes available.

To order memorial trees or send flowers to the family in memory of Ruth Ann Green, please visit our flower store.