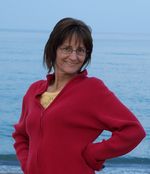 On October 10, 1987, Sandra was united in marriage to Kent A. Shahan in Independence.

Sandra was a 1972 Hazelwood high school graduate. Following high school she went to work as a bookkeeper until her children were born when she then became a fulltime mother devoting all of her time and efforts to her family. She enjoyed camping, playing Blitz, motorcycling, riding horses with Micaiah, and watching Dalton play sports. She was adamant in her thoughts and opinions and kept her family in line with her careful and meticulous planning and numerous lists.

She was a member of the Hope United Methodist Church in Lone Jack. She and Kent were also members of the Harley Davidson Owners group of the Kansas City area.

She was a great mom, devoted and steadfast wife and the best friend anybody could ask for!

Please click here to view the video tribute
To order memorial trees or send flowers to the family in memory of Sandra Shahan, please visit our flower store.