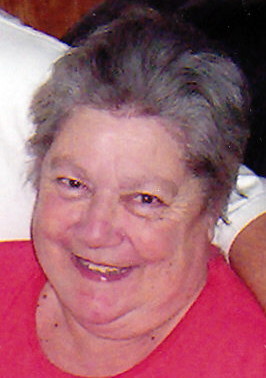 Sharon Irene Parker, 74, of Richmond, Missouri, was born, January 15, 1943, in Kansas City, Missouri, the daughter of Francis Joseph and Eva Mildred (Scott) Riddell.  She departed this life Wednesday, September 27, 2017, at the Shirkey Health & Rehabilitation Center surrounded with love and family.

On July 20, 1964 she was united in marriage to Charles Garland Parker II in Liberty, Missouri.  He preceded her in death on November 8, 2011.

Sharon had been employed as cashier for Angel’s Hardware Store while living in California. She later worked for the Higginsville Habilitation Center in Higginsville and was noted for bringing home residents, who didn’t have family, for Christmas dinner.  She enjoyed putting together puzzles, knitting and sitting outside enjoying her flowers.  She loved spending time with her family, especially her grandchildren.

Sharon was also preceded in death by her parents.

The family would to like to express their sincere thanks and appreciation to the staff at the Shirkey Health & Rehab Center and Shirkey Hospice for their kind and compassionate care.

Memorial contributions are suggested to Shirkey Hospice and may be sent in care of the funeral home.

To order memorial trees or send flowers to the family in memory of Sharon Parker, please visit our flower store.