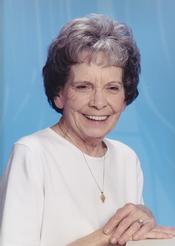 Shirley Marie Hawkins, 83, of Holden, Missouri, was born Monday, July 16, 1928 in Kansas City, Missouri, the daughter of Harry Franklin and Josephine Helen (Bish) Axton. She departed this life at 8:30 a.m. on Monday, November 28, 2011 at her daughter's home surrounded with love and family

In 1953 she was united in marriage to Harlis Harold Hawkins. He preceded her in death in 2006.

Shirley worked for the Missouri Federation for the Blind Thrift Store in Independence for many years.

She was also preceded in death by her parents and one brother Eddie Axton.

Memorial contributions are suggested to Harvester's and may be sent in care of the funeral home.

Please click here to view the video tribute
To order memorial trees or send flowers to the family in memory of Shirley Hawkins, please visit our flower store.