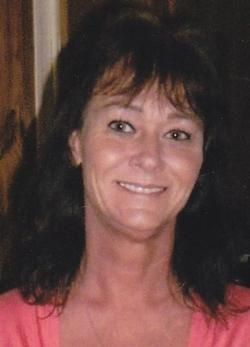 Teresa Rene "Teri" Bricker-Boyd, 49, of Branson, formerly of Pleasant Hill, was born April 7, 1966, in Kansas City, the daughter of Larry G. and Margaret (Dobson) Bricker. She departed this life Friday, September, 4, 2015, at her home in Branson.

Teri was a loving and kind person; always willing to help someone. She loved and adored all animals, especially cats. She was a member of the Cedar Ridge Baptist Church, Galena, Missouri.

Cremation has been accorded. A graveside service and inurnment will be held 10:00 a.m. Saturday, October 3, 2015 in the Pleasant Hill Cemetery.

Memorial contributions are suggested to the Children's Mercy Hospital or the Pleasant Hill Animal Shelter and may be sent in care of the funeral home.

To order memorial trees or send flowers to the family in memory of Teresa Bricker-Boyd, please visit our flower store.