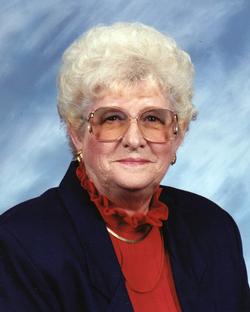 On May 3, 1958, she was united in marriage to Lawrence Raymond Kiger Sr. at the St. Bridget Catholic Church in Pleasant Hill. He preceded her in death on April 30, 1998.

Terry was the New Account Rep. for the Pleasant Hill Bank retiring in 2008 after 39 years of service to the bank. She was a member of the St. Bridget Catholic Church where she was active with the Altar and Rosary Society.

In Terry's younger days she enjoyed dancing in the city with her husband and was an avid bowler; playing on leagues with a 200 average; and they loved having friends over to play cards. Still very active today Terry worked with the Food Pantry on a weekly basis, worked occasionally at the clothes closet, was involved with the Senior Citizen Society, and was an all class reunion officer. She loved spending time with her family; especially having lunch with her sisters.

Terry was preceded in death by her parents; her daughter Debbie Driskill; her brother Jasper "Dode" Comer; and two sisters, Virginia Walker and Mary Jo Park.

The Recitation of the Rosary was held Monday, July 21, 2014, at the funeral home followed by visitation.

Memorial contributions are suggested to the Lay-Clergy Food Pantry or the St. Bridget Catholic Church building fund and may be sent in care of the funeral home.

To order memorial trees or send flowers to the family in memory of Thresia Kiger, please visit our flower store.