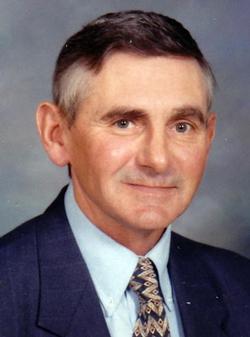 He was born in Kansas City, Missouri on July 15, 1944, the son of Charles and Mary (Tinkle) Pryor. In 1949, when Tom was 5 years old, his family moved to the farm where he resided until his death. He was an 8th grade graduate of the Plum Grove School and 1962 graduate of Pleasant Hill High School. On March 15, 1963, he was united in marriage to Carol Ann Bunch in Pleasant Hill. They have been married 52 years.

Tom and Carol owned and operated Pryor Downs, Inc. Tom trained and raced horses for over 40 years, alongside his wife. At one time Pryor Downs was the largest stable in the Mid-West. In 1991, a horse Tom trained, "Cadillac Woman" raced in the Breeders Cup.

Starting out, Tom was a horse shoerer. The farm has raised cattle, trained hundreds of thoroughbred horses, and is currently raising South African Boer Goats. He was a member of the Pleasant Hill Saddle Club, Future Farmers of America, the Horseman's Benevolent Protection Agency, the American Quarter Horse Association, the 4-H Club, the Jockey Club, and the American Boer Goat Association. He was also a member of the Grace Family Fellowship Church in Pleasant Hill, formerly known as the First Baptist Church. He was a true farmer at heart. He and Carol were both honored as being named Grand Marshall at the 2015 Cass County Fair.

Tom loved watching local sports, especially the Chiefs and the Royals. He also enjoyed golfing. He was ultimately a true family man and was very active with both his children's and grandchildren's activities.

He is survived by his wife Carol of the home; one son, Rick (and Stephanie) Pryor, of Pleasant Hill; one daughter, Gayle Pryor of Pleasant Hill; five grandchildren, Anthony (and Amber) Spurgeon of Adrian, Missouri, Shelby (and Corey) Vanbuskirk of Lee's Summit, Missouri, Samantha Dunlap, Will Pryor, and Kendra Pryor, all of Pleasant Hill; three great grandchildren, Austin, Allyson, and Avery Pryor, all of Adrian; one brother, Fred (and Jamie) Pryor of Kansas City, Missouri; two sisters, Joan (and John) Barth of Chesterfield, Missouri, and Diane (and Terry) Bashor of Overland Park, Kansas; other relatives; and a host of many, many friends.

Tom was preceded in death by both of his parents and one grandchild, Jonathan Thomas.

Funeral services were held Thursday, August 27, 2015, at the funeral home. Reverend Wyatt Shanks officiated. Cremation was accorded following the service; inurnment will be on Pryor Downs at a later date.

Memorial contributions are suggested to the St. Jude Children's Research Hospital or the Wounded Warrior Project and may be sent in care of the funeral home.

To order memorial trees or send flowers to the family in memory of Tom Pryor, please visit our flower store.