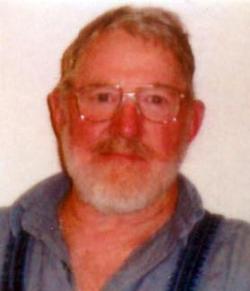 On December 20, 1974, he was united in marriage to Patricia Lee Hatfield in Pleasant Hill.

Tom was employed as a truck driver and mechanic and had worked for Barker Farms and Clines Tow Service. He was a member of the Pleasant Hill First Christian Church, the Veterans of Foreign Wars Post #3118, and was active working with the Pleasant Hill Lay-Clergy Council. He was a very caring person and always thinking of other people first. He loved helping others and often used his mechanical skills to help those in need by fixing their cars or giving them free oil changes.

He is survived by his wife, Patty of the home; three sons, Jason Volland, Randy (and Chandra) Volland, and Kevin Volland, all of Pleasant Hill; one daughter Nicole Volland of Pleasant Hill; three grandchildren, Montana, Ryan, and Avery; two brothers, Harry L. (and Diane) Volland, of Independence, and John Volland of Grandview; four sisters, Loretta (and Pat) Caine of Grain Valley, Veronica (and Lester) Corlew, of Belton, Debbie Volland of Kansas City, and Becky (Kurt) Triscori of Casper, Wyoming; other relatives and a host of many friends.

Memorial contributions are suggested to the Pleasant Hill Lay-Clergy Council and may be sent in care of the funeral home.

To order memorial trees or send flowers to the family in memory of Tom Volland, please visit our flower store.