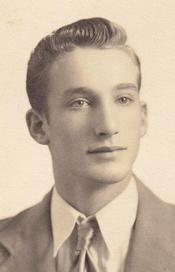 Vernon Earl Breckenridge, 79, of Pleasant Hill, was born Wednesday, October 25, 1933, in Raytown, Missouri, the son of Earnest Earl and Georgia Ruth (McGinnis) Breckenridge. He departed this life at 12:45 a.m. on Monday, January 28, 2013, at the John Knox Village Care Center Hospice House surrounded with love and family.

On January 3, 1953, he was united in marriage to Sharon Ruth Foote in Silom Springs, Arkansas.

Vernon was employed as a Maintenance Foreman for the Rock Island, the Union Pacific, and Southern Pacific railroads, retiring in 1996. He was a member of the Pleasant Hill First Christian Church and was a member and secretary of the Maintenance of Way rail road Union. He was an avid pool player earning several trophies for his play. He also loved boating, gardening and Bar-B-Que.

Visitation was held prior to the service at the funeral home on Thursday.

To order memorial trees or send flowers to the family in memory of Vernon Breckenridge, please visit our flower store.