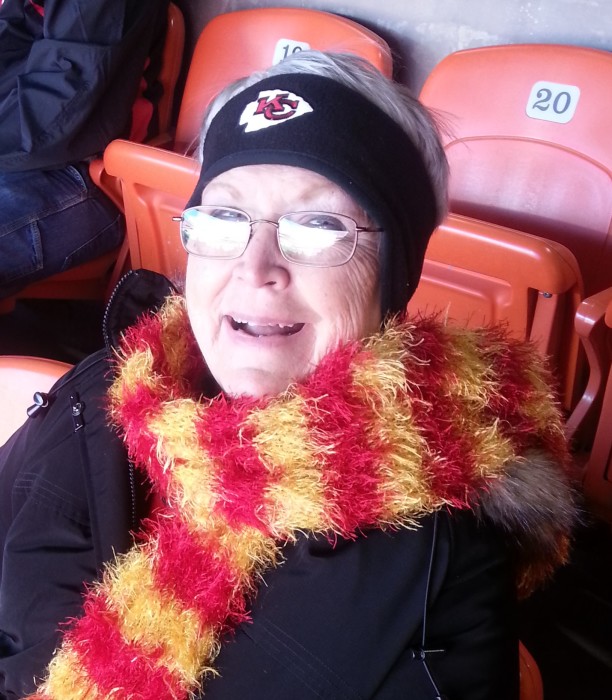 Virginia Lee “Ginny” Smith, 76, of Pleasant Hill, was born, October 2, 1940, in Kansas City, the daughter of Bertard E. and Esther V. (Lehner) Smith. She departed this life, Sunday, March 26, 2017, at her daughter’s home surrounded with love and family.

Ginny was a 1958 Lee’s Summit High School graduate. She graduated from the Central Missouri State University in 1962; later furthering her education by attending the Southern Baptist University in Bolivar.

On August 5, 1962, she was united in marriage to David M. Smith in Independence.  Together they started Dave Smith the Lampmaker.  They later divorced.

Ginny or “Mrs. V” to all of her students was employed as an Elementary School teacher at Redbridge, Center School District, Lee’s Summit Schools, and the Pleasant Hill School District; she retired in 2004 but remained actively involved with education working with homebound students.  She enjoyed decorating cakes, traveling, sewing, crocheting and was an avid reader, but most enjoyed spending time with family.

Ginny was preceded in death by her parents and one sister, Marilyn Hall.

Visitation was held from Sunday, April 2, 2017, at the funeral home.

Memorial contributions are suggested to the Pleasant Hill Education Foundation in honor of Ms. V. Smith and may be sent in care of the funeral home.

To order memorial trees or send flowers to the family in memory of Virginia "Ginny" Smith, please visit our flower store.