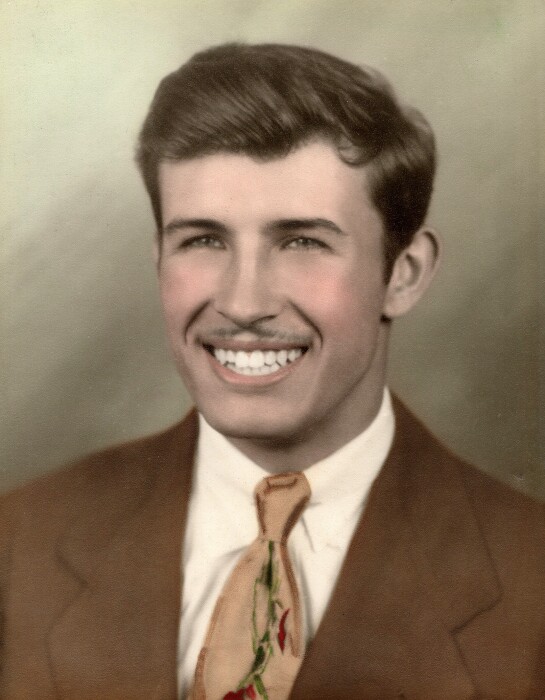 William Robert “Bill” Capehart, 89, of Raymore, Missouri, was born, February 4, 1931, in LaCygne, Kansas, the son of George F. and Bertha Capehart.   He flew away to his home in heaven on Saturday, September 19, 2020, at the Kansas City Hospice House.

Bill was born and raised on a farm near LaCygne and attended school there where he met his sweetheart, Marilyn Rose.  They were married on June 4, 1950 and moved to Fort Hood, Texas.  Bill served in the Army while Marilyn took care of the home.  Their first daughter, Marcie was born while he was stationed there.

After the Army years, the family moved to St. Louis, Missouri where he made a living working as a carpenter and built many homes in the St. Louis area. He also developed a passion for building and flying radio control airplanes.  He belonged to an RC club, the “Signal Chasers”, and made many lifelong friends who shared his enjoyment.  He and Marilyn welcomed their second daughter, Mindy while in St. Louis.

It wasn’t long before the family made their way back to Kansas.  Bill bought the farm where he was raised and began his second career as a farmer.  It was hard work and long days but he always made time for the flying he so loved.   He got his private pilot license and bought an old Taylorcraft airplane.  He enjoyed going up to look at his farm, the fields, and cattle.  Daughter, Mindy almost always went along, learning how to fly with daddy.  In later years he would occasionally fly up to Independence to pick up grandson, Corey to spend a few days at the farm.

Bill also enjoyed RV trips with Marilyn.  They traveled to Montana, Florida, and Texas to visit family and they liked the Grand Lake area in Oklahoma.

Bill and Marilyn were long time members of the Drexel Christian Church and had many friends there.

Bill was a kind and gentle man who was blessed with many friends over the years.

“To a job well done daddy!  The final flight was a bit long and bumpy but you handled it with such determination and bravery. As you make your final ascent to heaven, enjoy the scenery.  When you are at the desired altitude; throttle back, nose down, and keep even amounts of horizon under your wings.  When you reach heaven, touchdown softly, you have been cleared for landing.  We love you, Marcie and Mindy”

Bill was also preceded in death by his parents; his wife Marilyn; one grandson, Corey Richardson; his brothers, George,  Jr., Curtis, Warren, Duane, and Larry; and one sister, Doris Jean Bowman.

Visitation was held Saturday, September 26, 2020, at the Stanley-Dickey Funeral Home.  Full military honors were conducted by the United States Army and the V.F.W. Post #3118 Honor Guard.

To order memorial trees or send flowers to the family in memory of William Capehart, please visit our flower store.