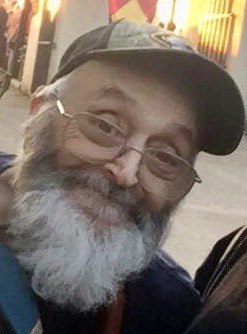 Bill was a 1963, Kansas City Northeast High School graduate. He was a United States Air Force Vietnam War Veteran serving in Thailand and Vietnam as a dog handler.

Bill was employed as a Machine Maintainer for the Union Wire Rope company. He had also been employed as a security officer for the Pine Bluff Arsenal in White Hall, Arkansas, at Ft. Leonard Wood, and at the Richards Gebaur Air Force Base, Grandview.  He was a member of the Grace Family Fellowship, Pleasant Hill.  He enjoyed performing as a Civil War re-enactor and working with his animals on his farm. He most recently enjoyed playing Pokémon Go.

Bill was also preceded in death by his parents.

He is survived by three Children, Tonya Pearce, Weslee Pearce, and Mysti-Ane´ Pearce, all of Pleasant Hill; other relatives and friends.

Memorial contributions are suggested to be made to the family and may be sent in care of the funeral home.

Online condolences may be sent to the family at www. Stanleydickeyfuneralhome.com

To order memorial trees or send flowers to the family in memory of William Pearce, please visit our flower store.